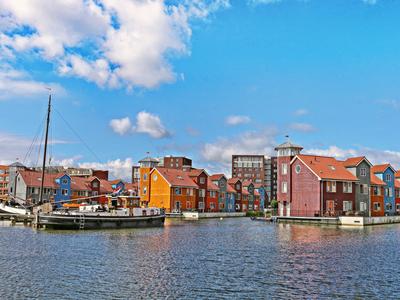 Nadelen: "I needed wheelchair assistance due to a back injury. The person that picked me up at the aircraft from London was terrific, l was taken to the terminal and told that another team member would take me to the aircraft. No one showed up until the aircraft was fully boarded, then he left me at the beginning of the ramp instead of wheeling me to the aircraft. I was very disappointed! I was so disappointed I didn’t wait for a pickup at the airport in Amsterdam. I regret it, because I’m in so much pain!"

Nadelen: "Wow! BA has managed to finally match Ryan Air and Easy Jet for tight seat pitch and charging for soft drinks but at thrice the price!!!"

Nadelen: "Honestly nothing needed improvement/ it was a really good experience!"

Voordelen: "The fare was OK"
Nadelen: "British Airways was once again late and they lost my luggage -- on a short, direct, one-hour flight, where I checked in 2 hours early. Unbelievable. They have gone from one of the best to one of the worst. No amenities, surly crew, and terrible performance. Never again."

Nadelen: "One world flight that charged a platinum customer for luggage. That’s unbelievable!"

Nadelen: "Having gate #earlier than 1 hour before takeoff"

Nadelen: "British Airways just get the basics right. One carry on one personal item. Friendly staff. Comfy seats. Honestly I don’t know what more I could ask for outside of USB ports."

Voordelen: "The flight crew"
Nadelen: "Never board check in luggage at lcy, they don't know what to do with it"

Voordelen: "Crew very professional and staff well informed."
Nadelen: "Feels like a bus in the sky. Same device as Ryanair but not on time."

Voordelen: "No drinks or snacks for econome class. Its just a 1 hour flight, KLM Does serve on 1 hour flights."
Nadelen: "See above."

Voordelen: "Planes are well maintained"
Nadelen: "Rigid attitude of the staff that goes the extra mile to find ways to irritate and upset clients"

Voordelen: "We arrived 20 early in AMS and departed LHR 5 min behind schedule"

Voordelen: "Again, I liked that we reached our destination safely."
Nadelen: "Because of the almost 3 hour delay, almost all of the passengers on the flight missed their connecting flight. Including myself. I was moved to a flight four hours later Finally, the last leg of my flight was again delayed 55 minutes and I ended up on a very, very crowded flight and getting to my destination at almost 5pm instead of 9am.... missing a whole day of activities. What did I get as compensation from British Airways? A 5 pound coupon for 'light refreshment' for an 8 hour inconvenience. Brilliant :|"

Voordelen: "The staff was friendly and seemed preppared to do their job well."
Nadelen: "The seats were very tight, even smaller than other flighs that I have been on."

Nadelen: "Feels like BA has turned into Ryan Air. £65 for a checked bag, cramped seating and not even a free water."

Nadelen: "Had to wait around while waiting forever to learn about gate. Were told that gat would be revealed 45 min before flight. It came about 20minutes before. It was a little harrowing."

Voordelen: "This flight is exactly what you’d expect it to be- no frills, just a cheap way to get around! Coffe is 30 pnc so come pr prepared!"

Voordelen: "The crew did their best. They were efficient and polite, no complaints"
Nadelen: "First of all, it wasn’t British Airways, it was operated by American Airlines. The seats were cramped; just barely enough kneeroom and I’m only 5’10”. There were no monitors on the seat backs and no choice of entertainment, only monitors hanging from the ceiling. I suppose the airline assumes, probably correctly, that these days everybody has their own entertainment on laptop or tablet. The problem here, though, was that there were no charging plugs at the seats, so you’d better have a full battery when you get on and hope it lasts. Of course, I could have just read the inflight magazine, except that my reading light was broken. Food was decent for airline food."

Nadelen: "As per above"

Voordelen: "Nothing"
Nadelen: "Poor check in process, no complementary food or drink and 30 late arriving"

Nadelen: "The flight staff of my flight to Amsterdam were horrendous. I was in an aisle seat and was woken up by the drink cart hitting my leg and a hot coffee being poured a good 7 inches from my face. This was not acknowledged or apologetic. They also took drink orders by shouting. They were easily the loudest people on the plane and made the flight way less comfortable than it could have been."

Voordelen: "The crew are friendly and do help where possible."
Nadelen: "Choice of food is poor, not having a full service and having to pay for checked baggage from what was once “the world’s favourite”"

Voordelen: "Both flights were on time. Funny comic relief safety film kept my attention. Friendly cabin crew member gave me a hot tea for free."
Nadelen: "No breakfast served in economy to my disappointment, there was no mention of that when I booked with Kayak. The seats are not too comfortable, with little legroom. The BA app did not show gate information when I needed it."

Nadelen: "Cancelled for no reason"

Nadelen: "Not impressed at lack of free food on ba flights"

Voordelen: "Classic, reliable and trustworthy British Airways. Does what it says on the tin"
Nadelen: "Very full flight but still comfortable"

Voordelen: "That it was on schedule"
Nadelen: "Having to be told to check luggage when I merely took what I was allowed. I felt that I was targeted because female and possibly thought I would not raise objection."

Voordelen: "Flight was okay and staff where friendly"
Nadelen: "Delay on take off even though we was early loaded, rusty wings on the plane made you wonder if it would make it!"

Voordelen: "There is nothing to like. I paid for three return tickets from Amsterdam to London. My family and I were at airport and couldn't get on the flight. Even return trip wasn't honored. I made a mistake by choosing this carrier and would never do this or even recommend British Airline to anyone. . What disaster."

Voordelen: "Everything was on time."
Nadelen: "It is a very good flight i seen. The flight was timely. Landing was very good."

Voordelen: "Fast flight"
Nadelen: "It took over an hour after clearing customs for my bag to arrive. Overall, I was in the airport 1.5 hrs before it arrived."

Nadelen: "Our gate was not announced until 20 minutes before boarding. It was a little bit frustrating not knowing where to go, and then rushing to get there only to find out that boarding did not start on time."

Voordelen: "Staff were professional and polite"

Voordelen: "The seats on this little plane were more comfortable than the huge double decker plane."

Nadelen: "Did not allow us on the flight one hour before scheduled time due to inability to check in."

Voordelen: "The crew was great and everything about the whole experience was wonderful."
Nadelen: "Nothing"

Voordelen: "The seats were comfortable and the crew were very professional."

Nadelen: "Not waiting in the cold for 15minutes before boarding the plane"

Voordelen: "It was ok. Nothing more. Crew was helpfull if needed"
Nadelen: "Kayak... I booked a flight from Eindhoven - Alicante AND return!!! But Kayak only talked about the trip to Alicante..."

Voordelen: "Speed"
Nadelen: "Boarding in Eindhoven is outside the terminal building"

Voordelen: "They actually flew into the main airport"
Nadelen: "The whole priority thing is a total joke and just another way to f*** the passengers over why don’t they just give us a price without all this bloody nonsense of baggage"

Voordelen: "Crew were good considering the difficult situation they found themselves in"
Nadelen: "Once everyone had boarded we were told we would be on the tarmac for 2 hours before we leave. While we sat there we were told they could not serve us anything while on the ground...even water! When we finally were airborne the crew were overwhelmed with customer orders and not all people got served"

Voordelen: "Being on time and the comfort in the exit row was excellent"
Nadelen: "Penning of passengers before and after flight. Continuous sales pitches from crew. Aisle always busy."

Voordelen: "I appreciate that the flight time was short and we landed safely. It was convenient to be able to check in online and the app is straightforward to use. Outbound flight was pleasant and seamless."
Nadelen: "Return flight - No announcement, departure board update, explanation or apology for the delay in flight departure. Passengers were called to board and left waiting in line for over an hour with zero communication as to why we were unable to board our plane. This was my first time flying with Ryan Air and I was greatly disappointed. Budget airlines should not equate to budget customer service."

Voordelen: "Crew very friendly, helpful and professional."
Nadelen: "The one and a half hour delay in taking off, especially the part where we were made to wait outside in the rain for about 10 minutes before being allowed to board. (This is not to reflect in any way on the cabin crew, who were wonderful)"

Voordelen: "The plane didn't crash"
Nadelen: "Plane left an hour after scheduled time. Amenities were mediocre but that's what you expect with Ryanair. Didn't even get water."

Voordelen: "I was pleased with the RyanAir staff at the Dublin airport and on the flight. Easy booking process and many options to help make traveling a bit easier"
Nadelen: "I have an American passport and did not realize I needed to get a visa stamp before boarding the plane. While I do realize now that it is mentioned on my boarding pass, there was no other mention of it along the way from arriving at the airport, checking my bag (I used self check), going throigh security, or anywhere else in the RyanAir terminal. Perhaps this could be made more clear for travelers who have never experienced this before."

Nadelen: "Rude gate agent and they played the blame game as to why they were late!"

Nadelen: "We spent a lot of time standing in lines."

Voordelen: "Literally nothing."
Nadelen: "To be charged $20 at the ticket counter for a printed boarding pass is offensive. Despite having already checked in online, Ryannair apparently thinks I should have spent my holiday hunting down a print shop as not to incur their "get a printed boarding pass from an unpleasant ticket counter employee" fee. No boarding pass kiosks and unclear why they would not provide a digital one upon online check-in. Or rather it became clear as I handed over my debit card. Seats are intentionally designated apart from your travel companions so you'll pay more to have them switched to sit next your friend. Cabin is extra cramped. Ryannair is all-around terrible by budget airline standards."

Nadelen: "The fee to check in at the airport was absurd. There is no reason that they should not have been able to accommodate me when I was unable to check in online. The luggage is incredibly expensive as well."

Voordelen: "We came prepared so no surprises. Boarding pass printed, just back packs on a 1 day getaway to London."
Nadelen: "standing in the rain in a long line waiting to board the plane. Uncomfortable seat, my bottom could barely last this 2 hour flight."