Best beoordeeld #2
Angora House Hotel
9,4
Uitstekend 9,4
Score uit 110 beoordelingen
Details
Beoordelingen
€ 42
Bekijk deal
Muratzade Konagi Boutique Hotel
Bekijk alle details
Ontbijt
10,0
Service
9,1
Locatie
8,8
Kamer
7,1
Comfort
4,7
Totaalscore 8,3 Uitstekend
Score uit 48 beoordelingen
Alle beoordelingen
Ontbijt
10,0
Service
9,1
Locatie
8,8
Kamer
7,1
Comfort
4,7
Uitstekend 9,2
Voordelen: Lovely guesthouse located on the walls of the Ankara Castle. The owner and staff are all very friendly and welcoming. The rooms are charming and have excellent views of the city. The bed was comfortable and the showers are hot. Excellent value for Ankara despite our dislikes below. We would stay here again if the room had a fan!
Nadelen: The WiFi didn’t work at all in our room (the booster doesn’t work). The shower didn’t drain, because the tile is sloped the opposite direction, so the bathroom filled with water. Lastly, there is a restaurant with an outdoor patio right next door. At night they play live music. Since there is no AC and no fan we needed to open the window. One night this meant we couldn’t sleep until after 1AM when the party stopped. The rooms need a fan during the warmer months.
Uitstekend 8,3
Voordelen: Close to Ankara castle The stuff very kind and help us a lot
Uitstekend 9,2
Voordelen: Lovely family business. Authentic restoration of Ottoman house. Very good airport pickup service.
Uitstekend 10,0
Voordelen: It’s family business, and they are so nice and kind. high standard of their hospitality, warm welcoming. The food and drinks they offer is so yummy The property located in old Ankara City inside Ankara Castle, every thing closed few minutes walking They help us arranging private tour full day, they make our Ankara visit special and remembered forever I highly recommend staying in their property, you will feel that you never left your home
Nadelen: Nothing at all
Uitstekend 9,2
Voordelen: The view from our windows was amazing, overview of Ankara. The hostel was maintained well with antiques. Great Turkish breakfast!!
Nadelen: It’s a bit difficult to find the exact location.
Uitstekend 9,6
Voordelen: It’s very unique old house. Small but comfortable. Even though no air conditioning because the weather itself is just nice. It is comfortable. The room is quite pack, make sure you don’t carry big luggage. And no elevator. It is located in old town castle area. You easily find food and souvenir. It is walking distance to Ankara Kalesi where you can take nice picture on top of the Kalesi.
Nadelen: Since it is old town castle area. No car allowed to enter, so you need a little bit of walking to outside parking area
Uitstekend 9,6
Voordelen: The hostel is a typical house in the heart of Ankara citadel. It's run by a family and they were all really kind and helpful. The room was clean and the breakfast excellent
Goed 7,9
Voordelen: Very nice breakfast. Location is excellent.
Nadelen: Hot water is finished very fast. WiFi was not stable.
Uitstekend 8,3
Voordelen: The breakfast was delicious and huge! The hosts were very friendly, although not everyone speaks English. It is a very charming little place and it made our stay a pleasant one. 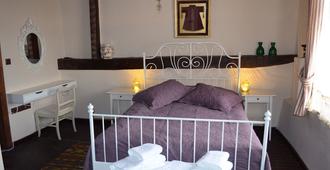 Best beoordeeld #3
Muratzade Konagi Boutique Hotel
8,3
Uitstekend 8,3
Score uit 48 beoordelingen
Details
Beoordelingen
€ 29
Bekijk deal
Tac Hotel
Bekijk alle details
Locatie
10,0
Goede prijs-kwaliteitsverhouding
9,8
Sfeer
8,5
Service
8,0
Ontbijt
7,1
Totaalscore 8,0 Uitstekend
Score uit 280 beoordelingen
Alle beoordelingen
Locatie
10,0
Goede prijs-kwaliteitsverhouding
9,8
Sfeer
8,5
Service
8,0
Ontbijt
7,1
Uitstekend 10,0
Voordelen: Very clean hotel kind stuff and workers good breakfast
Uitstekend 10,0
Voordelen: Hotel was clean tidy stuff was very friendly and helpfully very kind good nice breakfast . Clean room every day
Uitstekend 8,0
Voordelen: -possible to pay by card -breakfast -24/24h reception desk -located on a busy street, easy to reach from the airport (bus stops 1min away!)
Nadelen: -old and used beds -staff didn't really speak English -you can say the hotel was not renovated long time but if you look just for a place to sleep its really OK
Oké 4,6
Voordelen: Bed was clean but room really dirty.. Breakfast was ok.
Nadelen: Room was really dirty and £15 was expensive for that room. I never offered anyone to booking. Bathroom was dirty. Shower was not working and splash water everywhere.
Uitstekend 10,0
Voordelen: Personally I didn't care about bad reviews and booked this hotel,honestly it's satisfying staff help guests a lot as much as they can,rooms are clean and comfort the only problem is heaters some times i was freezing on the bed but all in all it's a nice hotel.
Oké 5,4
Voordelen: Even if they didn't speak English the staff was nice. The room was quite comfortable and breakfast is OK too
Nadelen: Almost no English spoken. If you want to work with internationals at least basic English is necessary Best beoordeeld #7
Aymini Hotel
7,3
Goed 7,3
Score uit 173 beoordelingen
Details
Beoordelingen
€ 20
Bekijk deal
Verda Hotel
Bekijk alle details
Service
8,2
Locatie
8,1
Ontbijt
8,0
Kamer
6,0
Netheid
4,6
Totaalscore 7,3 Goed
Score uit 74 beoordelingen
Alle beoordelingen
Service
8,2
Locatie
8,1
Ontbijt
8,0
Kamer
6,0
Netheid
4,6
Oké 5,4
Nadelen: The day before my checkout I spoke with the guy who deals with checking in. The staff don’t speak English, so communication was primarily done through google translate. I informed the guy that it would be difficult for me to checkout at the designated time of 12:00 and whether it would be possible for me to checkout at 19:00 due to work. He understood and said I would receive an additional 30 lera surcharge, which I accepted. Coming to the next day at the time of checking out, the guy says I would be charged 50lera instead. I was 20 minutes late due to the traffic in Ankara I hesitantly agreed to the terms. I requested a taxi and whilst I was waiting for it to arrive, the same employee calls me up to the desk to say that the taxi will cost 100lera (on a route that I have previously travelled and know that it cost 80lera) and that there will be another 50lera charge. Initially I thought that he was informing me an estimate of the taxi fare, but I didn’t understand why he was charging me an additional 50lera. After trying to communicate with google translate, the employee was informing me that he was charging me an extra night. At this moment the taxi has arrived and the porter has started loading my luggage into the taxi. I tried explaining to him that I had spoken to him yesterday regarding the late check out and we had agreed on a price. He seemed determined that it was his boss (patron as he described) that made the decision and he couldn’t do anything about it. I requested him to call his boss, but conveniently he was unavailable. Upon further argument, the employee tried to blame his the situation on his misunderstanding. He explained that he thought I was checking out at 7am rather than 7pm, even though I unequivocally made it evident that it was 19:00 the day before(I wrote it down on a piece of paper for him).
Goed 7,5
Voordelen: Good location in the city, cheaper than other. Near significant objectives, can walk in any direction. Good car parking, interesting neighbors.
Nadelen: Internet speed - a joke. The hotel knowed good times long time ago, but overall is good for few nigts.
Uitstekend 8,3
Voordelen: Eating area
Nadelen: The distance to the bus station and airport.
Matig 3,3
Voordelen: Nothing
Nadelen: Surroundings, breakfast was awful, room carpet was not clean.
Uitstekend 9,0
Voordelen: Het personeel is zeer vriendelijk en oprecht behulpzaam. Voor de prijs mag je veel minder verwachten. Niet dat het zonder deze service minder zou zijn, de kamers zijn netjes en schoon. De bedden waren prima in orde. Badkamer ruim en van alle gemakken voorzien.
Nadelen: De omgeving. Deze heeft betere tijden gekend. Maar het personeel doet er alles aan om je veiligheid te garanderen.
Oké 5,0
Voordelen: Personeel was erg vriendelijk.
Nadelen: Via booking een verzoek gedaan om een kamer te reserveren waar niet wordt gerookt. Bij aankomst nogmaals aangegeven. Maar helaas, eenmaal de kamer in geen probleem, zodra de airco aangaat is er een enorme rookstank, niet normaal. Leek net of er in de kamer was gerookt en dan de raam dicht, hele nacht bijna wakker gelegen!!
Uitstekend 9,3
Voordelen: Great hotel, great staff, convenient location to touristy things. One of our best free breakfasts while on vacation. Good washroom (enclosed shower). Comfortable bed. Price was very good for us. We liked it so much we booked a second night.
Nadelen: There was some complaining online from others about seedy location BUT it was nice for us. We came in late at night a couple of times and it was not an issue. There are spots across the road that men drink coffee/tea/beer and smoke and talk but that's all it was., seemed innocent.
Goed 7,9
Voordelen: The rooms were clean. The location was perfect, in the heart of the city. Staff were welcoming, offered help whenever needed. A great value for the price you'll be paying Breakfast was good too, but could be better.
Nadelen: Staff were barely able to speak English. The internet wifi connection would fall every 15-20 minutes. Very unstable and slow at times. They could no nothing about it but ask me to sit close to the door where the router access point is. You could hear neighbors talking on the phone or water flushing in the next room. Sound isolation could've been better. But that didn't annoy me much, the neighboring visitors have checked out right the next day.
Slecht 1,0
Nadelen: Smelled cigarettes in the room

Best beoordeeld #8
Verda Hotel
7,3
Goed 7,3
Score uit 74 beoordelingen
Details
Beoordelingen
€ 25
Bekijk deal
Sergah Hotel
Bekijk alle details
Service
9,7
Netheid
9,4
Ontbijt
8,1
Locatie
6,7
Kamer
6,6
Totaalscore 7,2 Goed
Score uit 348 beoordelingen
Alle beoordelingen
Service
9,7
Netheid
9,4
Ontbijt
8,1
Locatie
6,7
Kamer
6,6
Oké 4,6
Voordelen: The staff of the restaurant were helpful but not the reception.
Nadelen: Food was not value for money. They provided buffet for dinner but there was very limited choices. I asked them to give me a nonsmoking room but they said they couldn't. There duvet was smelly due to the smoking which was a problem for my hey fever. There was no slippers for the toilet.
Goed 7,5
Voordelen: Good friendly staff That clean the room every day
Nadelen: Smokey smell
Uitstekend 10,0
Voordelen: Everything
Nadelen: All were ok. 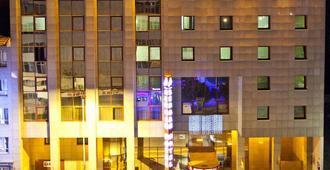 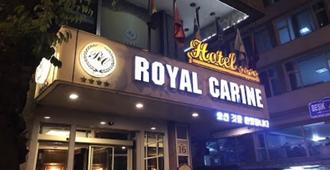